Today is World Alzheimer’s Day a day that may only be important to someone who is caring/cared for a loved one or knows someone with the disease, but it’s a day dedicated to raising awareness that nearly 50 million people worldwide are living with this disease and to challenge the stigma surrounding it.

I’ve had a brief writer’s block a lot due to life stuff, but I’m here and what better day to inject my words and address the stigma surrounding Alzheimer’s and dementia related diseases as well as to bring awareness to people of color on the high risk that we face.

There has been a shift within the past few years towards removing the stigma around mental illness and though Alzheimer’s falls under its own umbrella, those in this fight to end Alz can attest that it’s even harder to get people and businesses invested in, and talking about a disease that currently has no cure. But in rising awareness this is not a sprint it’s a marathon.

What keeps the stigma going?

Embarrassment, fear, culture, not speaking on illnesses, but it’s those fears that keep us close and stuck.

I’ve personally never had a fear of Alzheimer’s perhaps because I faced it with my maternal grandmother, but early on helping my mom, I definitely had moments of embarrassment where all I could do was to stand in that moment and react as best as I could. As I grew in my role as her caregiver, the embarrassment subsided, I had no time for it. I had to use my brain, my mind for the both of us and help her as she was experiencing changes that she had no control over.

As a caregiver you know that things are going to happen; I had to let them happen, I had to be as prepared as best I could be and when they (changes, words said, etc.) were going to happen, I knew that how I handled those changes was going to be key an most important.

I felt sorry for my mom and that empathy turned to my figuring out how to better help her and other caregivers. To begin to remove the stigma it began with talking and sharing and writing and becoming a voice for the voiceless.

As a woman of color, specifically a Black woman where our community doesn’t speak about health crisis as much as we should, raising awareness became increasingly prevalent.  Too often we sugarcoat things, or have feelings that something will subside; now bring in Alzheimer’s disease; a disease with no cure that changes the brain. Just because we don’t speak about something doesn’t mean it’s not going to show up in our lives and it also doesn’t mean that you or a loved one will get it, but we must begin to have conversations.

By staying silent about our medical history with love ones it only hurts ourselves. For instance, there is a link between hypertension and diabetes and the risk of Alzheimer’s disease. Blacks and Latinos are two times at risk for developing Alzheimer’s. And while genetic factors aren’t known to explain a higher-risk, conditions such as high blood pressure, diabetes do. Even socio-economic disadvantages (income affects healthcare) also plays a role. This awareness on how physical and heart health is linked to brain health shows that we have to support one another and encourage each another to get support services and available treatment when needed.

How can you spread awareness and help to stop the stigma?

On this day even if your life or a loved one’s life hasn’t been touched by Alzheimer’s perhaps you can say a prayer for the person living with AD, for a caregiver or former caregiver or contact your local government office to ask that resources are increased for research and medical care, and to keep everybody lifted whose life has been affected by Alz.

For more information on Alzheimer’s and Women and Alzheimer’s here are a few of the many organizations that I support: 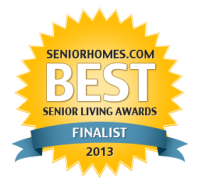